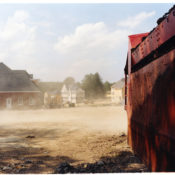 Frank Gohlke: Coordinates and the Lines Between
by Kirsten Rian | Published May 26, 2016

View feature and images at DAYLIGHT.CO

“Anything that interested me in the area between 42.30N and 42.31N was a potential subject,” Gohlke says. “I had a very loose notion that I was creating a synecdochal portrait of Massachusetts as a whole, but I was also, and perhaps mainly, interested in the way an idea affects the way we look at a rather random group of photographs. Well, sort of. This is where it gets complicated.” Photographs by Frank Gohlke. Text by Kirsten Rian.

Before his immersion into photography, Frank Gohlke studied English Literature. At Yale University (M.A. in English,1966), Gohlke met Walker Evans and then studied privately with Paul Caponigro. His photographs came to notice in the influential 1975 group exhibition New Topographics: Images of a Man-Altered Landscape at the International Museum of Photography (George Eastman House) in Rochester. That same year, he accepted his first of two Guggenheim fellowships, one of many awards he has earned. He has participated in important commissions from the Seagrams Corporation, AT&T, the Laboratorio di Fotografia in Reggio Emilia, Italy, the George Gund Foundation in Cleveland, the City of Venice, Italy, and Queens College, New York. 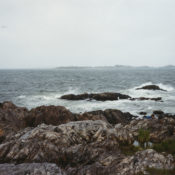 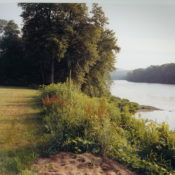 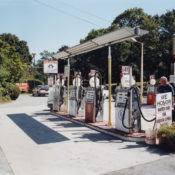 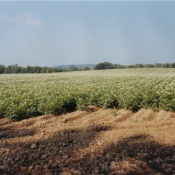 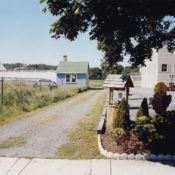