On January 12, 2017, UA School of Art Laureate Professor Frank Gohlke was inducted as a Regents Professor, the highest level of recognition bestowed on faculty in the Arizona state university system. It recognizes full professors whose achievements have garnered national and international distinction. Professor Gohlke is one of only two faculty honored with this title in the School of Art’s history.

After earning an MA in English Literature from Yale University, Frank Gohlke began his immersion in photography when he met Walker Evans, and then studied privately with Paul Caponigro. His photographs came to notice in the influential 1975 group exhibition New Topographics: Images of a Man-Altered Landscape at the International Museum of Photography (George Eastman House) in Rochester, NY. That same year, he accepted his first of two Guggenheim fellowships, one of many awards he has earned.  In the 2013-14 academic year, Gohlke explored the wild apple forests arount Almaty, unique in the world, in southeast Kazakhstan as a Fulbright Scholar. His books include Landscapes from the Middle of the World (Friends of Photography, 1988), Measure of Emptiness: Grain Elevators in the American Landscape (Johns Hopkins Press, 1992), and Mount St. Helens, Photographs by Frank Gohlke (Museum of Modern Art, 2005).  He has had numerous one-person exhibitions, including the Chicago Art Institute (1974), the Museum of Contemporary Photography, Chicago (1988), and the Museum of Modern Art, New York (1978, 1983, 2005). A major retrospective exhibition and catalogue, Accommodating Nature: The Photographs of Frank Gohlke, was featured at the Amon Carter Museum in Fort Worth, Texas in 2007.  He has taught at Massachusetts College of Art, the Art Institute of Boston at Lesley College, the School of the Museum of Fine Arts, Boston, and the universities of Harvard, Princeton and Yale.  Gohlke is the first Laureate Professor at the University of Arizona School of Art, and teaches landscape photography, traditional, contemporary and large format photography. 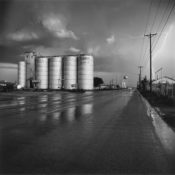 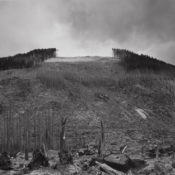 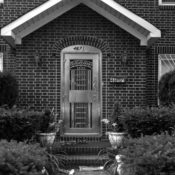 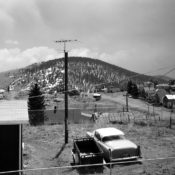