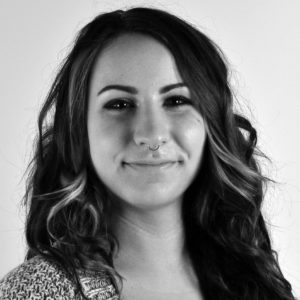 Congratulations to MFA student Marina Shaltout (3D & Extended Media) for being chosen as the 2019 recipient of the Marcia Grand Centennial Sculpture Prize! Shaltout will be creating a largescale, multimedia installation that explores femininity using snake imagery with cultural references and mythological formulations of snakes (serpents), and the conflation of serpent and woman as a problematic dichotomy between virtuosity and evil. “I have been researching female archetypes and mythologies associated specifically with animals or animalistic qualities.”

In a series of four videos, Shaltout will embody the character of a “Snake Woman” who performs in various, often absurd or implausible, scenarios involving the biblical figure Eve, the mythological gorgon Medusa, and the ancient symbol of the Ouroboros. Each video will be shown on an individual screen and have its own unique wall encasement embellished with props from its respective video so that “the viewers will have a chance to experience what the character in each video is experiencing.”

Shaltout’s current work is primarily concerned with the portrayal of female destructive forces. She gives space and recognition to emotional breakdowns in order to elevate the notion of female “hysteria” beyond its designation of psychotic behavior. She received her BFA from the University of Illinois with an emphasis in metalsmithing/jewelry design and is working towards her MFA from the University of Arizona School of Art. 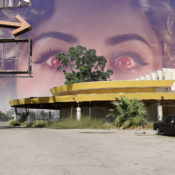 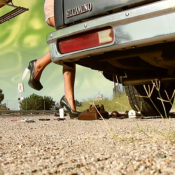 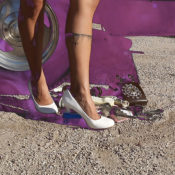 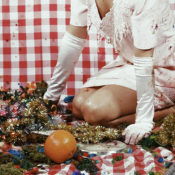 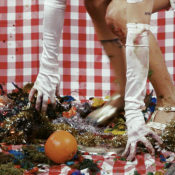