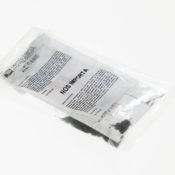 David Horvitz: The Studio Rent Editions: 2010 –Ongoing is a collection of works from a series Horvitz produces to support his studio work- space, initially in New York and now in Los Angeles. Each month, an excerpt from his daily life becomes an edition of ten works. Perhaps an envelope of sand from California, a document of a modest performance, or a photograph turned into a postcard, the individual works – often poetic gestures of human connection — are sold at 1/10th the monthly cost of the studio and mailed to supporters. This installation brings six years of dispersed work back together, becoming a document at the intersection of daily life and art practice and an archive of an artist’s economic reality,

David Horvitz works often with photography, performance, found objects and mail art;. His work is produced and circulates both in the virtual domain and in the traditional spaces of books and museums. He has exhibited at the New Museum, New York (2014), Glasgow International 2014, the Museum of Modern Art, and The Kitchen, New York. He received the Rema Hort Mann Grant in 2011 and was nominated for the Discovery Award at Les Rencontres d’Arles in 2011.