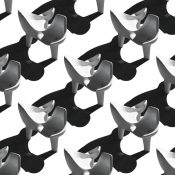 Tucson Tête-à-Tête directly references the existing tête-à-tête bench created by sculptor-designer Jim Miller-Melberg in Veinte de Agosto Park, as well as histories of protest occupation in the park and its surrounding neighborhood leading up to its eventual closure in 2015. Tucson Tête-à-Tête will explore multiple meanings of the term “tête-à-tête” (translated literally from French as “head to head”) to creatively engage Tucson citizens in dialogue around public parks and plazas in Downtown Tucson, and gather imaginative proposals for re-opening Veinte de Agosto Park for public access and use.

Over the course of two days, Tucson Tête-à-Tête will engage the public in three participatory activities: We’re PARK(ing) Here!, Sit On, Sit In, Sit And…, and Sidewalk Sessions. We’re PARK(ing) Here! is developed in solidarity with PARK(ing) Day*, an annual, international event on the third Friday in September that encourages community members, students, and designers to transform metered parking spaces into temporary parklets. As part of We’re PARK(ing) Here!, the parking spaces on the Church Avenue side of Veinte de Agosto Park will be temporarily reclaimed and transformed into an outdoor workshop for the creation of 100 portable parks using recycled wood pallets and artificial grass. Each “pallet park” will be officially dedicated and registered, used as a soapbox for public speeches and debate, and subsequently “gifted” to the City of Tucson and its citizens. Sit On, Sit In, Sit And… is a participatory performance activated by the public using an artist-developed prompt inspired by sit-ins as a nonviolent direct action tactic, and sitting as an act of meditative practice. Lastly, Sidewalk Sessions will utilize the Church Avenue sidewalk of Veinte de Agosto Park as a site for both intimate and public dialogues around the current status and possible futures of public parks and plazas in Downtown Tucson. Tucson citizens are invited to “BYOS” (Bring Your Own Seat) in order to participate in these activities.

Tucson Tête-à-Tête is produced as part of the University of Arizona School of Art’s two-year series STOP. LOOK. LISTEN: Art and Social Justice, which gives voice to displaced, marginalized, and excluded groups, and demonstrates the particular power of art to create civil engagements and meaningful connections. A total of eight internationally recognized artists and scholars will present public lectures and conduct workshops and seminars addressing race, ethnicity, citizenship, faith, environment, economic status, sexual orientation, and gender identity. One artist each year will work with a local justice organization throughout the academic year on a socially engaged public art project.

Andres L. Hernandez is a Chicago-based artist, designer and educator who re-imagines the environments we inhabit, and explores the potential of spaces for public dialogue and social action. In addition to Tucson Tête-à-Tête, his recent projects include Thrival Geographies (In My Mind I See A Line), a commissioned installation with artists Amanda Williams and Shani Crowe for the U.S. Pavilion at the 2018 Venice Architecture Biennale, and A Way, Away (Listen While I Say), a design-build commission with Amanda Williams for PXSTL, organized by the Pulitzer Arts Foundation and the Sam Fox School of Design & Visual Arts at Washington University in St. Louis.

Hernandez is co-founder of the Revival Arts Collective, founder and director of the Urban Vacancy Research Institute, and member of the performance collective Dark Adaptive. Hernandez received a Bachelor of Architecture degree from Cornell University and a Master of Arts from the School of the Art Institute of Chicago, where he is an Associate Professor.

Tucson Tête-à-Tête is made possible with the support of the University of Arizona School of Art Advisory Board Visiting Artists and Scholars Endowment, the National Endowment for the Arts, the School of Art, the College of Fine Arts Dean’s Fund for Excellence, and the Center for Creative Photography.

Additional support for visiting artist Andres L. Hernandez is provided by the Efroymson Family Fund, Downtown Streets Alliance, Veteran Rescue Mission, and the Urban Vacancy Research Institute. Special thanks to the City of Tucson and Tucson Parks and Recreation for helping make this event possible. 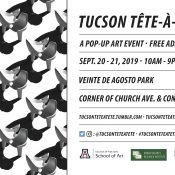