By Mike Chesnick
School of Art

What began as a way of understanding her nightmares has turned into an art project that Emily Kray hopes will act as “a portal” to help others cope with mental illness, trauma and stressors.

Kray, a School of Art graduate student, is the recipient of the 2022 Marcia Grand Centennial Sculpture Prize. She will use the $10,000 award to expand her project, “N is for Nightmare,” into an edition of 66 three-volume large accordion books and three art installations to serve as mental health spaces within the University of Arizona and community.

As Kray tried to analyze her nightmares, she said she started to write and create illustrations that depicted her dream-self conquering “the monsters.” But when that didn’t help her heal, Kray began to depict the monsters not “as villains, but instead as comrades, friends and lovers,” and she began to organize and curate the illustrations into alphabetical order.

“With this process, not only did I allow myself to cope with my mental illness, trauma and stressors in a compassionate way, but I also see it as a portal for others to see and understand this process themselves,” said Kray, 26. “My experience is not unique, and knowing this, I hope that this project allows others to reflect upon their own inner monsters.”

For more than 30 years, the Centennial Sculpture Prize has been given to an MFA candidate, specifically to support the completion of sculptural/3D artwork. The recipient is determined by a committee of staff and faculty through a proposal process. Recent honorees included Mariel Miranda, Benjamin Dearstyne Hoste, Marina Shaltout and Karlito Miller Espinosa.

“I’m honored and so excited about this project being financially supported,” Kray said. “This project, when compared to my other recent works, is highly personal and talks about feelings and modes of expression that took me a while to become comfortable enough with to share.

“It feels incredibly validating to have this body of work recognized because it means that my personal story can be made available to share with a larger audience for years to come.”

Kray plans to place the mental health art installations and “N is for Nightmare” books at the Poetry Center and renovated School of Art building on campus and at Groundworks Tucson, a non-profit community arts space. She also will donate the books to Special Collections at University of Arizona Libraries.

“Emily investigates life in her art process with vigor and tenacity,” said Professor Karen Zimmermann, assistant director of the School of Art. “She tirelessly produces work that investigates personal narratives and explores materials and forms.”

“Emily has beautifully incorporated the best of analog and digital processes to create her book works,” said Zimmerman, who has taught Kray in her classes. “I am so impressed with her work and approach to taking serious issues and making them accessible to all.” 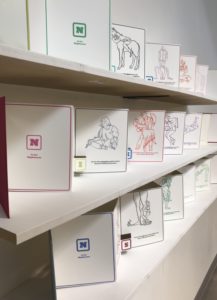 Within Kray’s planned three mental health spaces, the books will be displayed on shelving units in installations that will resemble a bedroom.

“The furniture and other items within the room will be designed to resemble the monsters in my nightmares,” Kray said. “These monsters will be transformed into objects of comfort,” allowing people to lie down with a red snake body pillow and a blanket covered in beetle embroidery.

“The bed frame itself will be designed where you can lay and relax within an alligator’s mouth,” Kray said. “Having these monsters being transformed again can be conceptually viewed as the artist attempting to comfort and connect with their audience.”

Kray is a visual artist working primarily with watercolor and book arts to investigate the complexities and fallacies of memory by manipulating our attachment to nostalgic and familiar forms. She began her artistic career by living and working in Las Vegas, and received her BFA from the University of Nevada, Reno in 2020. That same year, she began her MFA at the University of Arizona.

“At (the School of Art), we’re lucky enough to have faculty members who have a wide breadth of experience with book arts as well as incredible letterpress equipment,” said Kray, who singled out Professors Cerese Vaden and Zimmermann. “I’ve been dabbling in bookmaking as an art form since the beginning of the pandemic.

“Holding and making a book is a very nostalgic experience for me and mentally brings me back to flipping through books throughout my childhood,” she added. “It’s that simple comfort that the medium can extend to my audience as well.”

Kray, who plans to earn her MFA in spring 2023, has participated in group shows nationally since 2016 and solo shows across Nevada and in Arizona. She’s a graduate teaching assistant at the School of Art, where she’s mentored undergraduate students in Color, Theory and Design (Art 100) and Elements of Drawing (Art 200).

After graduation, Kray plans to continue as a visual artist, researcher and educator, while making art with a focus on community involvement and nostalgic comfort. “My inspiration typically comes from my community, as art is rarely made in isolation,” she said.

“Being an artist and an educator allows me to fill the shoes of those who have inspired me,” Kray said, “with hopes that I can elevate the voices of my students and my community as my teachers and comrades have done — and are still doing — for me.” 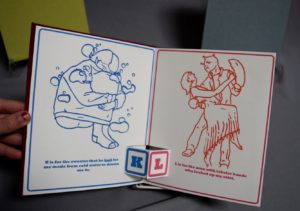 An exhibition of Emily Kray’s works, “To Have and to Hold Until Death Do Us Part,” will be held Aug. 10-31 at Groundworks Tucson, 2819 E. Grant Road, with a closing reception Aug. 25 from 6 to 8 p.m. The show will include her work funded by the Medici Scholars program at the University of Arizona.

Mike Chesnick is the School of Art’s marketing, outreach and communications specialist. Contact him at mchesnick1@arizona.edu. 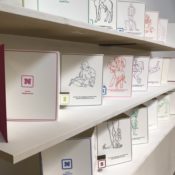 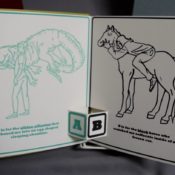 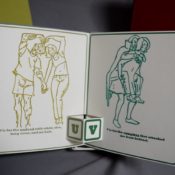 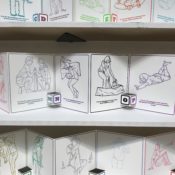 From Arizona Arts: Willa Alschwede of the University of Arizona Museum of Art, gives an overview of “Our Stories: High School Artists." Ends this Saturday.

Check out the Groundworks Auction, which includes work from student Mireya Quiroz! The auction runs through tomorrow (Saturday). Go to tinyurl.com/3bwheuwp to bid.

From Groundworks:
The Groundworks Auction is 🗣 LIVE 🗣 The items up for auction will be up until August 6th! Groundworks is hoping to raise $10,000 to keep supporting the local arts community in Tucson! This years auction items put together by local businesses, musicians, and artists are to help support your favorite local DIY Venue!

Arizona Arts on Instagram: "By the end of my 78 day cross country road trip, I had seen so much amazing art. From museums to alley walls, I (@sydneycase) had an opportunity to see talent at every corner of the country. Here’s a compilation of...

Prof. Nicole Antebi's Illustration II students collaborated with the Florence Immigration Project in the spring. The group's recent newsletter and annual report featured Robin Silverman's and Gabriel Spencer's artwork that accompanied a story about an Albanian teen named Luan, who was detained at the U.S.-Mexico border and coped with his sorrow by playing chess with himself on a makeshift board (tinyurl.com/4zm75p9c). Students contributed other projects being rolled out on social media. "I'm very proud of this group and how sensitively they approached the subject matter," Prof. Antebi said. Arizona Arts The University of Arizona ... See MoreSee Less

Congrats to graduate student Emily Kray, who has been awarded the 2022 Marcia Grand Centennial Sculpture Prize! Read the story at tinyurl.com/KrayCen. The award will help her expand her project, “N is for Nightmare,” into an edition of 66 three-volume large accordion books and three art installations to serve as mental health spaces within the University of Arizona and community. Arizona Arts University of Arizona Poetry Center The University of Arizona Groundworks Tucson ... See MoreSee Less